Storage tanks are widely used in the fluid industry for the storage of raw materials,

finished products and intermediate products, and have an irreplaceable role in ensuring the safe production of devices,

Industrial storage tanks are generally made of steel, according to the characteristics of the storage medium and storage temperature,

pressure and other parameters to choose carbon steel, low temperature steel, stainless steel and other materials.

Other materials such as FRP, plastic, etc. are not considered due to factors such as fire and pressure resistance. 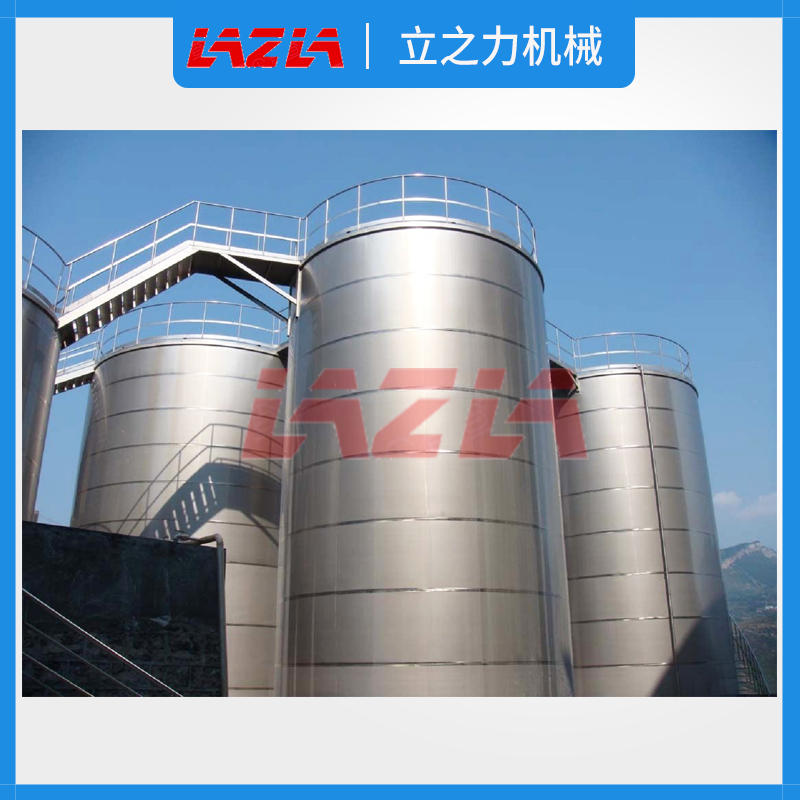 The pressure of such tanks is higher, depending on the saturated vapor pressure of liquefied gas or the outlet pressure of the compressor.

the design temperature of these tanks is less than or equal to -20 ℃, generally not less than -100 ℃.

Deep-cooled spherical tank, the design temperature below -100 ℃ is often stored below the point of liquefaction of the medium,

the pressure is not high, sometimes for atmospheric pressure. Due to the high requirements for cold retention, often using double spherical shell.

Mainly used for storage of acids and bases and other chemicals.

(storage temperature saturated vapor pressure greater than or equal to atmospheric pressure of the material).

generally with pressure storage, can withstand high positive and negative pressure, is a pressure vessel.

Vaulted tanks are simple and inexpensive to manufacture, so it is widely used in many industries at home and abroad.

Vaulted tanks are generally low pressure storage tanks or atmospheric tanks, widely used in the fluid industry, commonly used in B B and C liquids.

Can also be used for special storage needs of A B and B A liquid storage, foreign countries are also used for large LNG deep cold storage.

Large acid and alkali storage tanks can sometimes be used for vaulted tanks. According to GB50160,

the fire hazard classification of liquefied hydrocarbons and combustible liquids is as follows.

For liquefied petroleum gas and liquefied natural gas and so on, are not pure, but a mixture, at this time the saturation vapor pressure and the mixing ratio related to.

can be calculated according to Dalton's law and Raoul's law.

1.4 floating roof tank floating roof storage tank is floating on the surface of the medium and the vertical cylindrical tank wall is composed of.

The floating roof with the increase or decrease in the storage volume of the medium in the tank and the rise and fall,

the outer edge of the floating roof and the tank wall between the ring sealing device,

the medium in the tank is always covered directly by the inner floating roof to reduce the medium volatilization.

Floating roof tank is often used for storage temperature saturated vapor pressure below atmospheric pressure of A B and B A liquid storage.

There is no room for evaporation compared to a vaulted tank without a floating roof.

Not only reduce product evaporation losses, while reducing environmental pollution,

reducing the risk of flammable media mixed with air to form explosive gases.

There is a gap of 100-500 mm between the tank shell and the outer floating roof floating disc to ensure that the disc will not jam during operation.

Edge sealing system is used to reduce edge evaporation, and there is a central drainage system on the floating roof to ensure that

water can be discharged smoothly during rain and snow to avoid sink plate accidents.

with an external vault and an internal floating roof.

because there is a fixed roof, can effectively prevent the intrusion of wind, sand, rain, snow or dust to ensure the quality of the stored liquid.

At the same time, the inner floating disk floats on the liquid surface, so that the liquid has no steam space,

reducing evaporation losses by 85% to 96%; reducing air pollution, reducing the risk of fire and explosion,

even if a fire generally does not cause large areas of combustion.

Easy to ensure the quality of liquid storage, especially suitable for the storage of advanced gasoline and jet fuel and toxic petrochemical products;

because there is no gas space on the liquid surface, it reduces the corrosion of the tank wall and roof, thus extending the service life of the tank.

Second, in the same case of sealing, compared with the floating roof can further reduce evaporation losses.

Inside the floating roof tanks and vaulted tanks, compared to the amount of steel consumption,

the tank is not easy to large-scale, at present generally not more than 10000m3.

Fluid industry in general according to the use or pressure level will be the corresponding storage tank centralized arrangement, called the tank area.

According to the use is usually divided into raw material tank area, intermediate tank area and into (product) tank area.

In each tank area and then according to the type of storage tanks, media properties and pressure level, explosion-proof, fire requirements, etc.